Posted at 06:56h in English Class Resources>Reading Intermediate and above, Uncategorized by admin 0 Comments 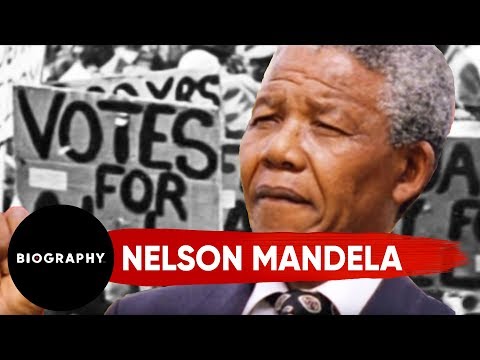 The biography of Nelson Mandela reads like a morality tale. Here is a man who is subjected by a racist society to years of imprisonment, for most of the time in degrading and humiliating conditions, who emerges a quarter of a century later to become president of his country and Nobel Peace Prize winner.

Nelson Mandela came slowly to political activism. He grew up as a reasonably privileged child and was not exposed to the racial discrimination which was becoming institutionalized in his country until he was at university at the age of 24. But once he recognized the injustices, he could not remain silent and he was expelled from the University of Fort Hare in 1940 for taking part in a student demonstration. He did not give up on his university degree, however, eventually completing the course by correspondence in 1942. He went on to become the first black student at the University of Witwatersrand, where he studied law, although he never completed the course.

He joined the “African National Congress” (ANC) which was fighting for self-determination for a multi-racial society. But when the National Party (NP) came to power in South Africa in 1948, it introduced a policy of forced separation of races, which became known around the world as apartheid. By 1952 the ANC was encouraging protesters to refuse to obey laws which aimed at segregating the races in everyday life. However, Mandela urged the protesters not to use violence, even if violence was used against them.

Mandela did not just protest on the streets. With his friend, Oliver Tambo, he opened a law practice in Johannesburg, and continued to work there through his five-year long treason trial which the authorities staged as the ANC became more militant in the face of harsher and harsher racist laws.

In 1961 Mandela was recognized not guilty but he realized his life had changed. He went underground and even accepted the need for violent protests, after the massacre of 69 blacks in Sharpeville.

The military arm of the ANC, the Umkhonto we Sizwe or Spear of the Nation was formed and Mandela went to Algeria for military training. On his return to South Africa, he was arrested in August 1962 and sentenced to five years in prison but then, following the arrest of ANC colleagues at Rivonia, he was tried again for treason and conspiracy and sentenced to life imprisonment in June 1964.

He spent 18 years on the infamous Robben Island but he never lost touch with the outside world. His autobiography was written at this time and secretly sent out of prison, to be published later under the title Long Walk to Freedom. Mandela was moved to Pollsmoor Prison near Cape Town and finally to Victor Vester prison. By now, Mandela had become the icon for resistance to apartheid and finally, bowing to international and domestic pressure, the South African government lifted  the ban on the ANC and released Mandela in February 1990.

In 1993 Mandela and the President of South Africa, De Klerk, won the Nobel Peace Prize for their efforts to resolve the conflict between races, and in 1994 Mandela became the new President.

READ THE TEXT AND MARK THE FOLLOWING QUESTIONS TRUE OR FALSE:

1) According to the text, Mandela had been exposed to social discrimination since he was a child.

3) Mandela stopped participating in demonstrations after 1952

4) After his return from Algeria, Mandela had two trials in two years.

5) His autobiography was written during his time in Robben Island.