Posted at 06:56h in Uncategorized by admin 0 Comments 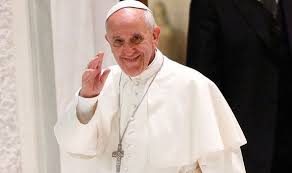 Read the article (here’s the link) and answer the following questions:

a) What part of the Pope’s message has caused much controversy?
b) Why does the autor say that the debate between science and religion “goes on and on wihout resolution”?
c) What does the autor see as a positive thing?
d) What’s the meaning of the following expressions (you may want to infer the meaning of the words from context before looking them up in the dictionary):

– What’s your view on this issue? (science vs. religion)
– What grammatical structure do we use to report what someone has said? Can you report what Pope Francis has said?